You are getting married and you don’t want a video…wait What??? Did I hear you correctly? No video?? Did you know that this one Decision, “To Have A Video Or Not To Have A Video”, will have lasting repercussions for your family!! Will this choice will have a ripple effect felt by your grandchildren? Maybe…Maybe Not. Read on and Find out. 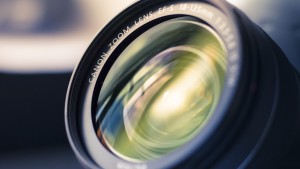 1. The Wedding Video is Annoying: In a word…NO. This isn’t your mothers wedding videography!! The days of large cameras, annoying videographers, table to table interviews and big carts on the dance floor are a thing of the past. Technological advances have made this equipment pretty much obsolete.

2. We have a Photographer, so why waste Money on a Video:
First, photography is a major part of the wedding and very important, but the problem is that photos have no sound or movement. The vows, the toasts, the dancing and the myriad of emotions are best captured through video. Have you seen the viral video on Facebook of the Tongan wedding ceremony? It has over 40 MILLION Views! Imagine if THAT couple chose NOT to have a video.

3. There is No Money in the Budget for a Video: There is always money in the budget for video. This is one of the few major milestones your lives. There is a ton of money spent on a wedding and all the details that go with it and to not have everything recorded would be a shame. Survey after survey shows that the bride’s number one regret after the wedding was NOT having a video. Thousands of brides CAN’T be Wrong!! Can they??

4. We’ll Never Watch the Video: If you are getting married and plan on having children I absolutely, positively, know you WILL watch the wedding video!! When your kids are old enough they will want to watch your video. When someone passes on you will want to watch the video. When you have a fight you’ll want to watch your video (it will help with the “making up part”). How about when your children have kids and you become grandparents? Don’t you think your grandchildren will want to view your video?? Also, as couples age the priorities in life will change and past memories will be of paramount importance. Your wedding video will become a family heirloom you can pass down to generations!! It’s a no-brainer to me!

5. Wedding Videos Are Boring: The days of boring wedding videos are a distant memory. Don’t get me wrong, long and boring video still exist, but now there are other options. Many videographers film with DSLR cameras that are very small and powerful. The use of drones for aerial cinematography as well as glide cams for steady moving shots and sliders for cinematic video have allowed talented videographers to create epic short films (20-30 minutes long) that will blow your mind!! Boring videos…Not around here!!

About Edward Neary
Edward Neary is the founder of Joseph Edwards Films. His passion for filming weddings flows through the films he creates. He has 20+ years experience in the wedding industry and loves helping engaged couples with practical advice on planning their wedding.
Subscribe to Edward's blog and follow him on social media for some great tips.